It’s common knowledge that practicing a martial art can provide many health benefits, both mentally and physically. Not only is it one of the most effective martial arts for self defense, you will also gain strength and fitness through a vigorous exercise routine, regardless of which martial art you choose. If you have a hard time motivating yourself for a workout routine, martial arts may be a good option for you. For many people, learning new skills and developing one’s mind and body is often a great motivator to push yourself and turn a few lessons into a permanent lifestyle change. Of the numerous martial arts available to the public, Karate and Taekwondo (Tae Kwon Do, or TKD for short) are two of the most commonly practiced martial arts in the country. Almost anywhere you go, you will find a Karate dojo and a Taekwondo dojo, if not both… or more! They are two of the most popular martial arts, in that, in addition to Judo and Taekwondo, Karate will also now be an official Olympic Sport, scheduled to debut at the 2020 Summer Olympics, to be held in Tokyo in the Summer of 2021. This is an exciting time for martial arts overall, as this is the first time in world history that three martial arts have been inducted as an Olympic Sport! For the outsider looking in, you might not really know the difference between these two ancient and sport martial arts. They both have similarities and differences between each other. This is in part to the crossing of the two arts during the Japanese occupation of Korea in the early to mid-1940s when the practice and teaching of Taekwondo was prohibited, but the occupying Japanese liked to put on public Karate fights… and the Koreans paid attention.

Both styles are belted arts, meaning they start with a white belt and end with a black belt. The belt colors in between are not necessarily the same, even from one dojo to the other, so just know they both start with white, and they both graduate to black. The foundations of both arts usually begin with stances and simple strikes and blocks. The simple foundations are building blocks for more advanced techniques. Each art has its own take on how to strike an opponent, or block an opponent’s strike and they usually start teachings with slow movements, emphasizing on technique first. As the saying goes “Hard work beats talent when talent doesn’t work hard”.  So expect to work hard and improve your talent (technique).

Starting with stances, both arts utilize a fairly similar fighting stance, usually with the less dominant leg and arm forward. This is called regular foot for right-handed fighters and “goofy” or “southpaw” for left-handed fighters. In martial arts, it is especially helpful to learn your techniques both right and left-sided, as you don’t always know which side your opponent will be on. In an actual fight, the stance will narrow your profile, put you in a position to launch your most powerful strikes, and keeping yourself on your toes, be able to quickly move from side to side or in any necessary direction. Experienced martial artists tend to be able to flow effortlessly from one position of defense or attack to another.  As Bruce Lee famously said, “Be water, my friend.” Karate is best known in recent popular culture from “The Karate Kid” movie franchise and the new hit show, “Cobra Kai”. Karate involves kicks, blocks, various strikes, including what the layman would call “chops”, and “limited” takedowns including a few throws and foot sweeps. Now, this doesn’t apply to all Karate dojos, as many Senseis put their own spin on their curriculum and may or may not include techniques and practices that you may find at the Karate or Taekwondo dojo right down the street. (but that’s about to change, as Karate is slated to debut as an Olympic sport in the 2020 Summer Games to be hosted in Tokyo Japan in 2021. Taekwondo is best known for its kicks, plainly and simply. While both arts practice blocks and punches, Taekwondo has been commercialized into a sport, and the sport places more emphasis on kicks than punches. A spinning kick to the head can award four times as many points as one punch, and a head kick can merely be a touch, where a punch has to be forceful and square enough to stop the attacker in his or her tracks, literally.

So in a TKD tournament, you’ll probably see about 99% kicking and about 1% punching or hand striking. Also, due to being a sport that heavily emphasizes kicks, a taller competitor often has a significant advantage over smaller or average height fighters. Not only is their head further away, but they also have the benefit of an elevated and extended reach due to their longer legs. This is probably one of the main reasons people leave TKD after a few years. It’s just harder to compete when you’re short, no two ways about it.

The History of Karate vs Taekwondo

The History of Karate:

Karate is the historical and official martial art of Japan. It evolved from simple farmers who developed self-defense techniques using nothing except for their bare hands (and feet) and perhaps a farm tool or two, and probably goes back to the beginning of time. Karate’s official origins as a martial art and self-defense grew from the Ryukyuan Kingdom (a group of Japanese islands, including Okinawa) following a period of trade with China when several martial arts found their way to the islands. The necessity for unarmed combat has continued to be a necessity all the way to present day.

Funakoshi Gichin (born in 1868) was Japan’s first Karate master and spent his entire life teaching Karate and facilitating its spread across all of the Japanese islands. Funakoshi’s followers went on to found the Japan Karate Association in 1949 to continue promoting the fighting style.

The first Karate dojo to open in the United States was the Trias Dojo, founded by Sensei Robert Trias while he was stationed in the Solomon Islands during WWII. Originally a boxer, and not as widely known, a 6th dan black belt in Kodokan Judo, Trias fell in love with Karate, became one of the first American Karate black belts, going all the way to founding the very first Karate Dojo on the US mainland operated by a caucasian, in Phoenix AZ in 1946.

Similar to many martial other arts that are now being practiced as “sport”, the Art of Karate is constantly evolving. While a number of different styles have branched off the original Shury-Ryu Karate, they are still all considered “Karate”. This is important to realize, because, if you’re considering a Karate school for yourself or your kids, it may help your decision to know the style of Karate they practice, how traditional vs competitive they may be, weapons training vs no weapons training, and the various approaches to self-defense and fighting that many dojos differ on.

For sport Karate, the World Karate Federation was founded in 1990 and recognizes these four styles of Karate:

The History of Taekwondo

Taekwondo, Tae Kwon Do, or TKD for short are all names for the same martial art. Korean in origin, Taekwondo is considered an ancient martial art with a deep history going back over two thousand years. Originally developed as a martial art known as “Taek”, it eventually merged with techniques brought to Korea in the 1940s by Japan during the Japanese occupation from 1908 to 1945.

During this period of occupation, Korean Taekwondo was forbidden to teach and practice, and many Taekwondo masters hid themselves away in monasteries and underground hideouts. But all the while, the oppressed Koreans paid attention to the Japanese – who liked to put on public exhibition matches. Karate was widely exposed to Koreans, and they took some of the Karate techniques, blended them with Taek, and formed the first Taekwondo dojo (“Dojang” in Korean), named “The Kwan” in 1945 when the Japanese occupation ended. So interesting how these different martial arts encountered and influenced one another.

Quite literally, Tae Kwon Do translates to “Kick Punch Way”, or “The Way of Kicking and Punching.” So if you’re learning TKD, you’re simply going to learn how to kick and punch. Maybe block, but everyone learns to block – that is, if you don’t want to get hit.

In the mid-50’s TKD “Kwan” masters united for a martial arts conference to discuss how to merge their different (although still similar) fighting styles into one official Korean martial art, which they officially named “Taekwondo”.

For competition and developments in the sport today, Karate is governed by the rules and standards set forth by the World Taekwondo Federation (formerly), who, in 2017 due to modern-day internet shorthand, hilariously changed their name to simply “World Taekwondo”, dropping the F in lieu of the “WTF” acronym… because why?… WTF? Lol.

Both Karate and Taekwondo are competitive combat sports. While it’s the author’s opinion that there are “more” Taekwondo tournaments than Karate, it’s not to say that you can’t find either, or both. Tournaments are the lifeblood of today’s martial arts and can be a rewarding side of martial arts to participate in. Yes, the techniques may be watered down from the days of the original art, but you can actually compete and put your skills to the test against another human being in a “relatively” safe fashion. Combat sports are never without risk of harm or injury.

Scoring differs in Karate and TKD, in that generally Karate awards one point for either a kick or punch, while TKD scoring can get quite confusing. As of my last known rule change, “solid, shuddering” body punches were worth 1 point, a regular straight or body kick is 2 points, a head kick is 3 points, a spinning body kick is 3 points, and a spinning head kick is 4 points. Both arts move fast, so don’t blink.

Which is Better: Karate vs Taekwondo?

This answer truly lies in the heart of the student. Both martial arts are legitimate. Both are ancient arts with roots going back literally thousands of years. Both are widely available to the public, and both are athletic sports that help build strength, endurance, flexibility, reflexes, and agility, self-esteem and confidence, all the while maintaining humility, respect, and to act honorably in the face of others. I can’t tell you Karate is better than Taekwondo any more than I can tell you Taekwondo is better than Karate. The martial art that is best for you is the one that you fall in love with and, hopefully, dedicate your life to. Not many people go into learning martial arts with this mindset, but many do come out with it. If you love Karate, then take Karate. If you love Taekwondo, then take Taekwondo. Just watch out for the Judo guy because he’ll beat both of them :).  If you’re looking for a gym to join, contact us at Tri-City Judo today! 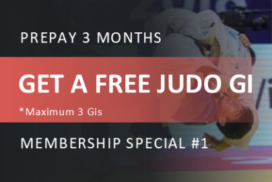